It deals with people. Alfred Leaning, Peter Bogert, Milton Ashe and Susan Calvin are sitting around a table talking about a robot named 34RB who is mind ready.

The robot told Susan that Milton loved her, and after something happened to them. So Lanning felt hurt because the robot lied to him. Actually, he lied to everybody.

We don’t like this story because we think it’s very boring; and took great lengths to describe the scene of debate. And the characters spend a lot of time discussing the line about what to make with the Robot Herbie.

Moreover when the robot said “He loves you” to Dr.Calvin for a minute Dr Calvin did not speak. She replied “You’re wrong”, “But I never thought that” the psychologist stopped. suddenly, she looked up. A girl visted him here; “She was pretty blonde and slim; Who was she?”

We don’t know why they are talking about love. This is incomprehensible for us.

R2-D2 : A resourceful astromech droid, R2-D2 served Padmé Amidala, Anakin Skywalker and Luke Skywalker, he shows his braveful more than times and rescues his masters and their friends from many perils. A skilled starship mechanic and fighter pilot’s assistant, he formed an unlikely but enduring friendship with the droid C-3PO.

C-3PO : was created with waste of metal by Anakin Skywalker on Tatooine. He was created to help Anakin’s mother for house chores. Later he met his best robot friend R2-D2 when Anakin be the friend of Padmé Amidala

Darth Vader : is Anakin Skywalker but he went to the Sith team to gain the dark side force. Darth Vader was put in a black armor. The man was mortally hurted by a light saber in a duel, and the dark suit includes machinery who keeps Darth Vader alive.

In Star Wars there are droids too who are robots but they don’t have an imporant role. In the film there are many people who look like robots like Boba Fett or clone commander cody. 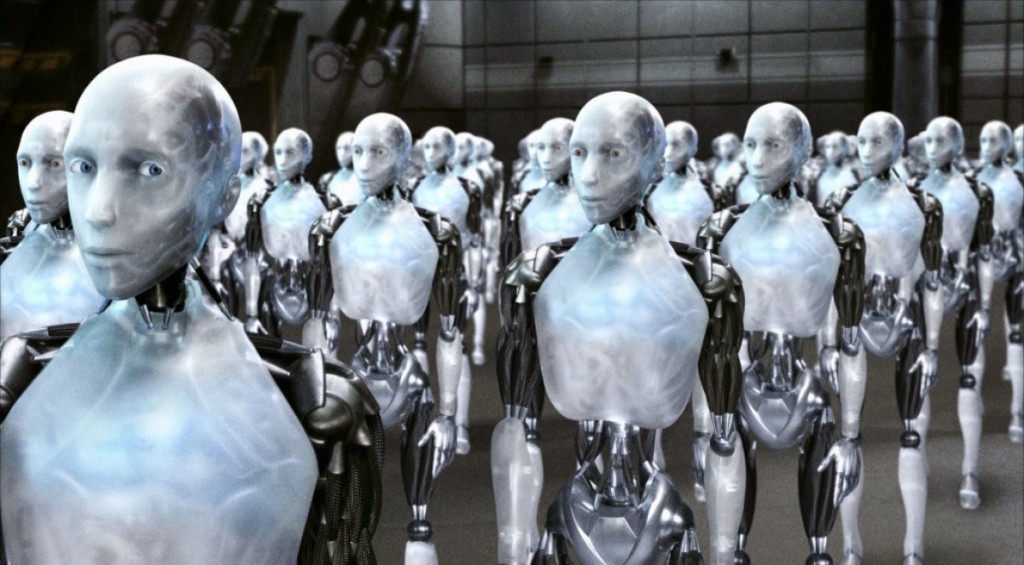